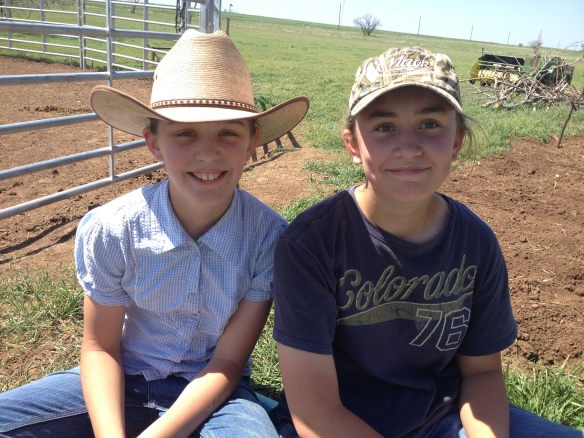 Today I continue my interview with the second of favorite horse lovers, my niece, TL. She’s home schooled–rides the short bus, as she says–loves her teacher, and is eleven-years-old. She started riding a couple of years ago even though she was really nervous about it. Her bay gelding, General, was purchased at a local horse auction and is ten or eleven years old probably.

Even though General is already trained, TL is using some of the Down Under Horsemanship methods to make him into an even better, safer, kids’ horse and teach him better manners. 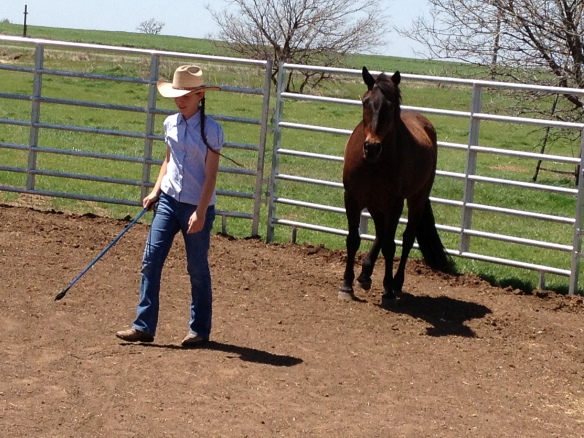 Danni: TL, do you love General and does he love you?

Danni: What do you see yourself doing with horses in five years?

TL: I’d like to learn to do cool stuff better…barrel racing, trick riding, authentic trail riding–wait. What does authentic mean?

Danni: Alrighty. Do you plan to train horses to sell? And will it be hard to see them leave, if you do?

TL: Yeah, after I learn the method better, I’d sell. If we had enough room I’d just keep the horses, though. It’d be hard to sell if I was attached. But if I had to sell, I would.

Danni: Why do you enjoy horses so much?

TL: Well, one day they’re sweet and nice, the next, mean and grouchy, but I have a good horse. Really good natured.

Danni: How much does General eat each day and do you have to buy his feed?

TL: I don’t buy feed. He eats…oh…seventy pounds? Thirty? Quite a bit. I buy my own tack.

Danni: What kind of saddle do you ride? 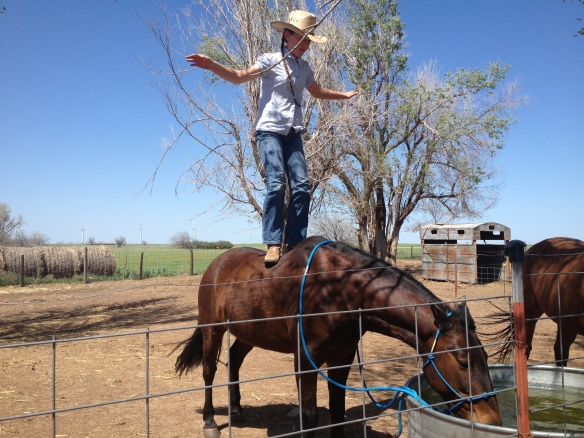 Danni: What are your favorite breeds of horses?

TL: Oh, I like the generic cross-breds like General. He has a big trot and a good personality. I also like Thoroughbreds because they can jump and do dressage and cross country. Quarter Horses, too, because Mom has one and you can teach them western stuff. I like the western stuff.

Danni: What are some of your favorite horse books?

TL: The Saddle Club, but mainly the Felicity books because she has a horse named Penny.

Danni: Well, TL, what is your favorite joke?

(We wait quite awhile. She wants to use JA’s cowboys changing light bulb joke, but I won’t accept that.)

Danni: Did you make that up?

Well, TL, that was hilarious. 🙂 Auntie loves ya and thank you for talking with me. May you always stay on top of your horse and I wish you the very best in all your horse dreams.

Until next time, God bless all y’all and enjoy Celtic Woman singing one of TL’s favorite songs,  Amazing Grace.

*These artists don’t necessarily endorse my blog, I just like ’em.